When Giving Leads to Healing

Firetrucks’ sirens pierce the air, obliterating even the loudest car stereos. Horns bellow deep-pitched warnings to move over, scram, so big engines can barrel through. News accounts later will show smoky clusters of the firefighters’ work, visuals of damage to structures and property.

But what about the people?

Timothy VanPelt is a firefighter in Surf City, a town of 2,500 on the Pender-Onslow county line, on Topsail Island. He’s been there five years. About two years ago, VanPelt — whose title is Community Risk Reduction Coordinator — decided to do something for people physically affected by fires.

“We’ve had burn victims in all three counties,” VanPelt says. “It happens more than people think. We’ve dealt with several people who have been burned in different ways, in our own area and in New Hanover and Pender. The main ones we normally see are fire-related, but we also had a gentleman whose lawnmower exploded. We’ve seen fire, electrical burns, scalding water burns…”

One thing to know about the Burned Children Fund: It isn’t just for children. “It can be anyone, age 0 to 99,” VanPelt says. 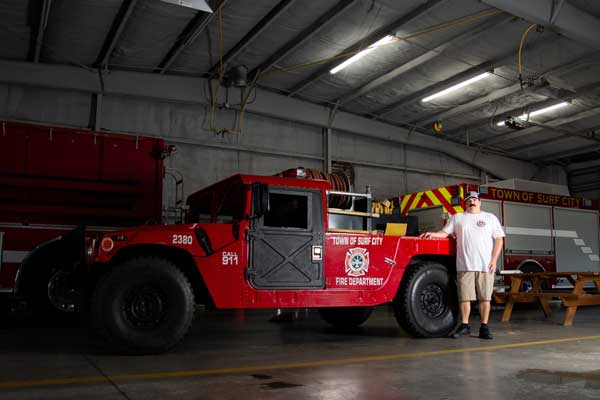 A burn victim is anyone whose injuries merit a trip to the North Carolina Jaycee Burn Center in Chapel Hill.
Each chapter is 100 percent volunteer staffed, and anyone can volunteer.

One hundred percent of the money raised goes not only toward the expenses of victims and their families, but also toward ways to spread fire-safety education, such as printed pamphlets.

“We can help families who go to Chapel Hill, with things like with gas, hotels, food, all the small things people may not think about,” he says. “We try to ease some of the burden on the families. Like if someone were traveling back and forth from Pender County every day, we can help with the burden of that family that’s going through a hard time.”

The FBCF raises money through everything from recycling aluminum cans to Tupperware parties, to asking for donations outside Walmart and Publix to holding a silent auction at the Moose Lodge. They partner with area businesses for donations. The Surf City Walmart has given two $1,000 grants to the program. The Coastal Carolina Chapter also has a text-supported donation platform (text FFBCFCCC to 24365). Any amount is accepted and can be put to use.

“We don’t really have a set budget,” VanPelt says. “Whatever we raise gets donated right back to the cause.”

This year, gatherings such as auctions or holiday-themed fundraisers are on hold because of COVID-19. “We don’t have any events planned, because we don’t know what the turnout will be,” he says. “But we can still go stand in front of Walmart.” 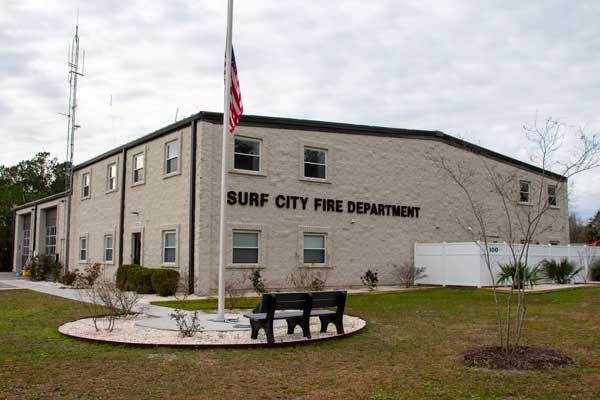 The fund, statewide, hosts an annual gathering called Camp Celebrate, at a campground in Wake Forest, where for four days a year, burn-victim kids ages 5 through 17 can be kids. For free. The camp, started in 1981, offers a place where children can swim, ride horses, go canoeing, fish and play games. Counselors oversee everything and give attendees opportunities to share their thoughts and experiences.

VanPelt went one year, to see it.

“It was definitely life-changing, meeting so many children and seeing what they’ve gone through,” he says.

“And some of them have gone through horrific things, and they’re still enjoying themselves and still playing. Some of our problems don’t seem so bad, when you see what these kids are doing. It’s just a way to try to get them out and have them around fellow children and teens like themselves, who have experienced the things they have and who they can relate to. Because they’ve also been burned. It’s their comfort area.”

Last year, to kick off the camp, 30 firetrucks gathered at Crabtree Mall in Raleigh. The campers, 100 of them, boarded the trucks. In a parade, one after one, the big engines rolled out of the mall parking lot and headed to camp.

Firetrucks’ sirens pierced the air; horns bellowed deep-pitched warnings: Move over; step aside. This ride is for the kids. 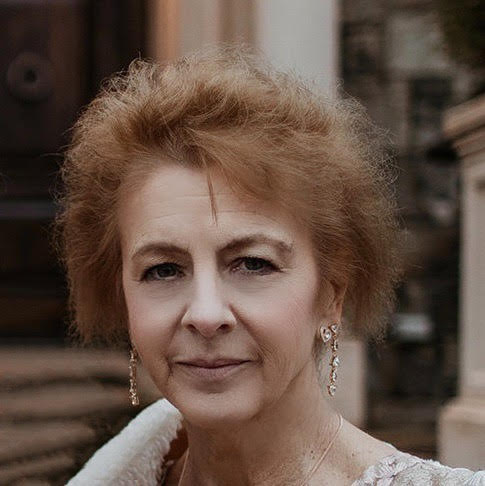