This Could Be Fun

The Second Row in Surf City is a combination pub, open mic venue and guitar shop for music and beer lovers.

Just imagine for a moment: A long beautiful day in the sun and on the sand in Surf City …then crossing the street and knocking back an ice cold pale ale while playing guitar for your friends on the open mic … then playing cornhole and Jenga on a spacious outdoor deck while listening to other local musicians playing “Hotel California” … then as night falls the tiki torches give the outdoor deck a warm, friendly glow as you sample a flight of delicious IPAs … then you jump in with a group of musicians for a rendition of “American Pie.” Almost sounds too good to be true, eh? Well, we have such a place right here in Surf City. Located on North Shore Drive just down from Shaka Taco, The Second Row is a lovely place where you can have a day just like this any time of year.

I remember the first time I drove by The Second Row and saw on their sign “Pub and Guitar Shop.” Being a guitarist and musician myself, my curiosity got the best of me and I had to check it out. To my surprise, when I walked in, I saw a music stage area complete with acoustic and electric guitars, bass guitars, mandolins, a ukulele, a banjo, keyboards, a drum machine and a PA with microphones ready to go. I thought to myself, “This looks like it could be fun…”

Ten minutes later I was playing Led Zeppelin’s “What Is and What Should Never Be” on guitar with owner Bernie Ogrodnik on the drum machine and drinking a tasty draft beer poured by his wife and co-owner, Marie. I was hooked! Being a veteran of many open mic nights myself, I wanted to know all about this concept of walking into a pub and immediately jumping in with whoever was playing. So here is their story.

Both Bernie and Marie are originally from Enfield, Connecticut, just an hour from my hometown of Pittsfield, Massachusetts. Marie told me they met when she was 18 years old. “I was attracted to him for two reasons,” she told me. “He had a beautiful white 1977 Z28 Camaro and he was a musician. Back then if you played music and had a fast car, you were good to go with the girls!” We all laughed knowing that however silly that may sound now, but it was indeed true. And still is?

Marie graduated from UConn and went to work as a pharmacist, while Bernie used his technical skills as a computer programmer for aircraft engine manufacturer Pratt and Whitney. They moved to the Topsail area in 2013 to start the second chapter of their lives. After seeing a rundown beach house for sale, they agreed they were in on a big renovation project and made the leap to buy the fixer upper. If you have ever done a home renovation, you understand the trials and tribulations involved — not to mention the cost!

After several years of hard work, they completed the two-level renovation with their home upstairs and their business space downstairs. Their dream came true in March of 2017 when they opened The Second Row Pub. The following year they added the music area and the large side deck.

“Thirty-eight years of marriage have made us strong and determined to spend the rest of our love and lives doing what we love to do, and that is to provide beer, wine and entertainment,” they told me.

They offer 75 different bottled beers, have nine beers on tap and offer wine by the glass or by the bottle. They are dog friendly, so be sure to bring your puppy to meet their two resident doggies — Lilly and K.C. 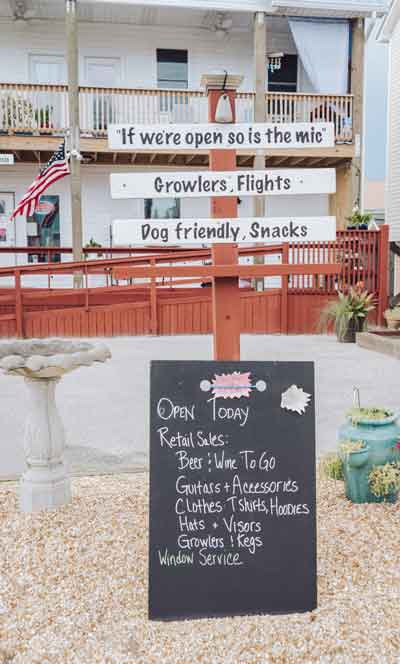 Bernie and Marie encourage customers to bring their own food or even have a meal delivered there. Some of the fun activities they have include a weekly music bingo for those like myself who love to put their music knowledge up against others. Marie has a monthly paint and sip, which consists of group painting lessons accompanied by wine. She also has holiday parties like the one I walked in on where they were making little Christmas trees using sea shells. I remember not only how fascinatingly beautiful the holiday trees were but even more so I recall the warm and happy vibe of all there sharing in the experience of making crafts with each other during the holidays.

And there is always the music. After finishing playing the Beatles’ “Don’t Let Me Down” with the multi-instrumentalist Bernie, I asked about his life experience with music over a beer.

“I started playing drums when I was five years old — playing on boxes, the couch or on my knees,” he said. “A few years later my parents bought me a plastic ukulele, I will never forget, it had red strings!”

He continued: “When I was 12 my brother returned from the Navy and brought me my first acoustic guitar. Then when I became a teenager, I started my first band with friends and have been playing ever since.” 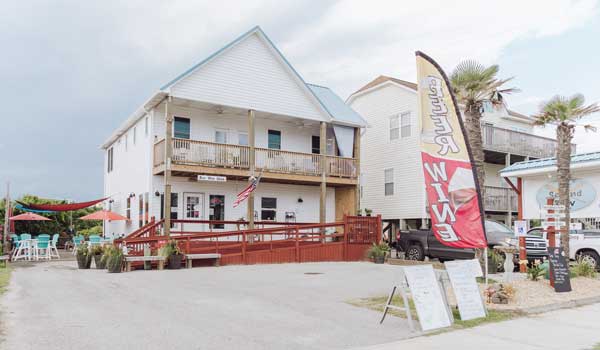 As a teen he also began to experiment with recording music and still does to this day. “There are apps on your smartphone you can use to record and mix music that make it sound like it was recorded in a professional recording studio,” he explained. He played me a few of his tracks, and I was impressed!

In addition to sitting in with anyone who wants to come in and jam, he does guitar repair and refurbishing. If you need new strings on most any stringed instrument, detailing or a setup, he can do it for you. He has even re-sanded and refinished several guitars — you can see them on their website.

What really separates this open mic pub from the others for musicians is you don’t have to wait to play when you come in. You set up with whomever is playing when you walk in and GO! They have also had several talent contests for original songwriters and performers. The musicians play in front of five judges, who rate them based on their creativity and melody. The winner is awarded a cash prize for their efforts,

This past December, Bernie and Marie decorated a pontoon boat and entered it in the Greater Topsail Flotilla and won first place. But what made their boat truly stand apart from the others was the five-person band playing live music as they floated down the channel. The music was so hot there was “Smoke on the Water”! 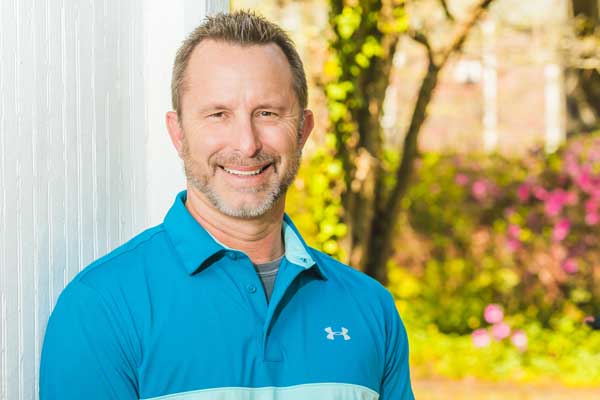