Gone but not forgotten, the Topsail Island swing bridge lives on in a mounted artwork and a documentary film by local artist Jeff Wenzel.

When Jeff Wenzel, a local photographer, agreed to sell pieces of the beloved, recently demolished Topsail Island swing bridge, he knew one of his greatest challenges would be supply and demand.

As Balfour Beatty began tearing down the bridge, the company received multiple inquiries from residents wondering what would happen to its remains and whether they could have a piece of it. Since 1955 the iconic teal-blue bridge had spanned the Intracoastal Waterway to connect Topsail Island with mainland North Carolina, serving as a gateway to home, vacation days and countless individual memories for four generations. 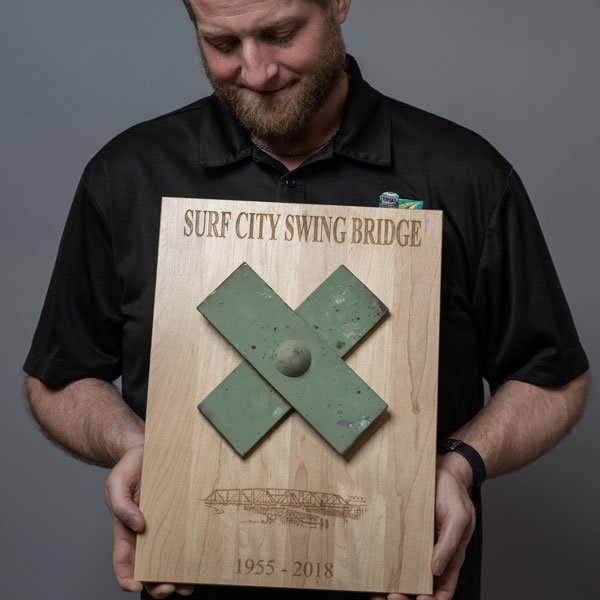 “It was clear that the public had a connection with the historic structure,” says Jay Boyd, operations manager for Balfour Beatty.

Since Wenzel already had a working relationship with Balfour Beatty as their construction photographer, he was given the unique opportunity to sell 553 pieces of the bridge. “Jeff’s business seemed to be a good platform to not only provide the public with part of the old structure, but also to make the memorabilia a piece of art,” Boyd explains. 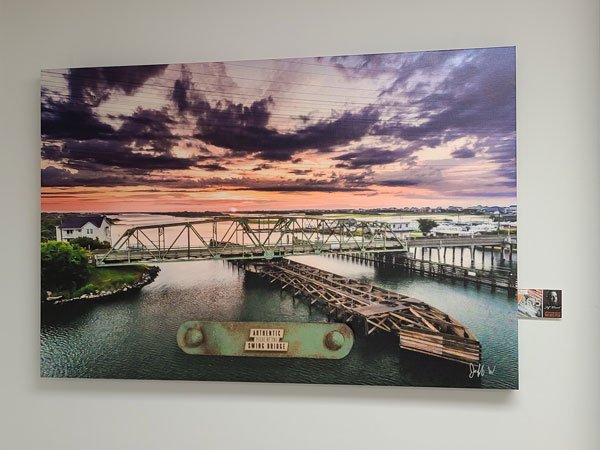 Unfortunately, some controversy over the cost of the artwork ensued. “Pricing was difficult,” Wenzel says. “If the price was too low, people who had no genuine connection to the bridge may scoop up the limited pieces. Too high, and the pieces may not sell.”

Already, the plaques are sold out. About 70 pieces are still available on canvas, which can be purchased online at abovetopsail.com/art or directly off the wall at New York Corner Deli, East Coast Sports, the Daily Grind Coffee Shop and Wenzel’s studio in Holly Ridge.

“It has been extremely rewarding to see some of the reactions of people who have been able to hang a piece of the bridge in their home or business,” Wenzel says. 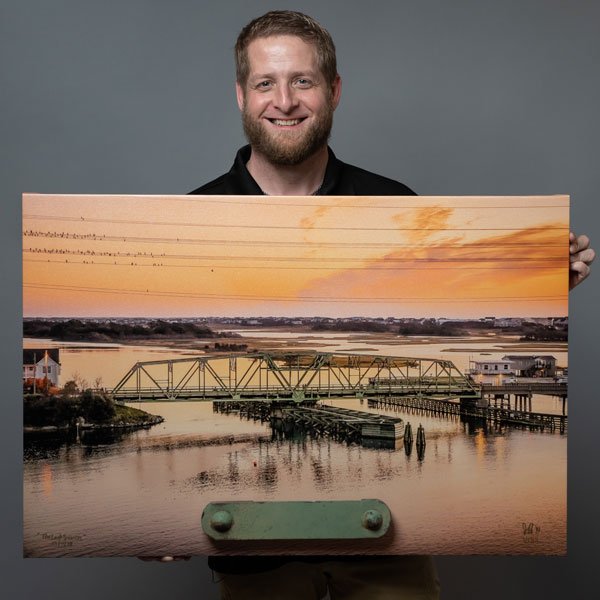 As one customer, Lisa Dunn Smith, wrote, “We sold our place on Topsail Island in December, and this is the best way ever to literally keep a piece of her with us.” Upon seeing the piece on canvas, she says her daughter broke down crying. See it on Facebook here.

Although Wenzel had already begun his documentary film Swing Bridge Memories before the bridge pieces were made available to the public, these experiences have reinforced how special of an icon this bridge was for Topsail. For the documentary, Wenzel visited more than 15 locals and interviewed them in their living rooms, kitchens and businesses to collect and share their memories of the bridge.

The 53-minute film, edited by Adrian Domenech, premiered last fall. The documentary is available for viewing free on YouTube and on DVD at abovetopsail.com/art. Go to swingbridgememories.com to learn more. 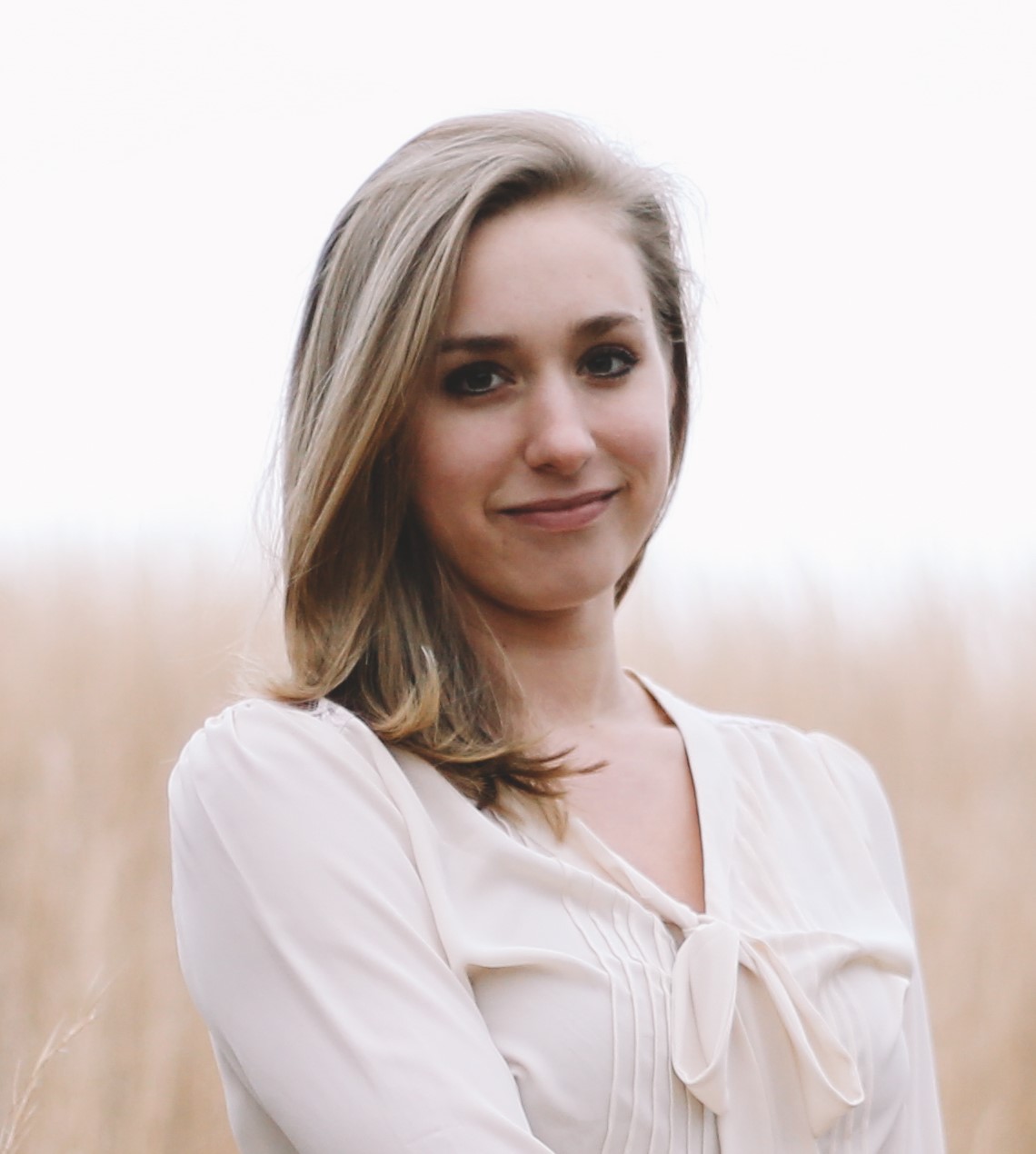 Growing up in the shadow of the Great Smoky Mountains in Tennessee, I always felt drawn to the ocean. Family vacations to the Outer Banks with beachcombing, boogie-boarding and Frogmore stew helped to solidify my ideal life plan: move to the coast, adopt some dogs and write. After receiving my degree in English and creative writing from College of Charleston and teaching English in Poland for a year, I relocated to Wilmington to earn my MFA in creative nonfiction. Nearly four years later, I am building a life here with my partner, Ren, and two rescue pups, a black lab named Forrest Gump and a Benji look-alike named Abi. I am thankful to have a growing writing career with wonderful support from the Carolina Marketing Team.