Fun on the Farm

For the thousands of local children who have spent a part of their summers at Ashton Farm Summer Day Camp, there’s nothing more exciting than spotting Miss Sally’s old yellow school bus driving through Wilmington. Covered in a rainbow of colors and vibrant artwork from past campers, the bus symbolizes everything that has made Sally Martin’s summer camp so special for more than four decades.

Every year campers step off the bus and step back in time when they spend a week of summer on the farm, located on the old historic Ashe Plantation in Pender County. With the camp now approaching its 44th summer, Martin’s mission remains the same: to give children the opportunity to experience what it’s like to have some old-fashioned fun, the freedom to explore nature and farm life and the joy of getting a little sweaty and dirty in the process. 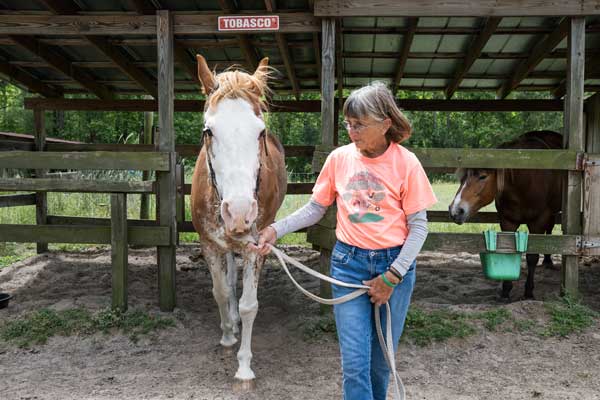 Growing up in New Orleans, Martin spent her summers outdoors at a camp situated on an old dairy farm. Her experiences there instilled a love of farm life and formed the basis for some of her most cherished childhood memories. When she met her husband, Jim, the couple immediately bonded over their mutual appreciation for country life and the great outdoors. In 1969 the Martins moved to Wilmington, where Jim got a job teaching in Cape Fear Community College’s Marine Technology program, and Martin became a tennis instructor for the city’s Parks and Recreation Department.

“We both love being outdoors and things like boating, canoeing and fishing,” Martin says. “Back then the parks and recreation department didn’t seem to have anything for kids to do in the summer. One day Jim said to me, ‘I know you like camps, and I miss living in the country, so how about you start a camp and I’ll commute?’ So we did.”

In 1975 the Martins purchased more than 70 acres of land on the outskirts of Burgaw. The property included a dilapidated old farmhouse, which the couple quickly set out to restore while temporarily moving into a small cabin behind it. The land also contained an old tobacco barn, a horse stable, various other outbuildings and a defunct train depot once used for the single passenger car train that transported passengers from Burgaw to Wilmington and had since been closed, sold and moved onto the property. Determined to open for summer camp within that first year, they got to work preparing the property and constructing Martin’s vision.

“I wanted to design it after the camp I went to and enjoyed so much when I was little,” Martin says. “An old man would pick us up on his bus for camp, so we bought a bus. We built two clay tennis courts and dug up a little pond in front for swimming and canoeing. And, of course, we started adding our farm animals.” 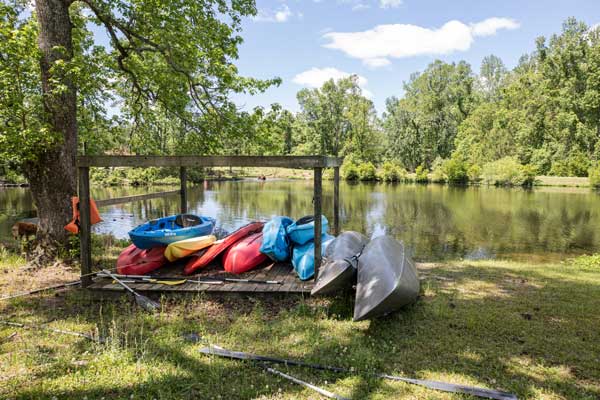 Ashton Farm Summer Day Camp officially opened in 1976 and drew around 40 campers spread throughout the summer. Over the next 40 years, the average number of campers each summer rose to more than 1,000, with last year’s total reaching roughly 1,300 children throughout 10 weeklong sessions.
Life at camp today remains true to Martin’s vision of old-fashioned, outdoor fun and the freedom of childhood. Every part of the day happens outside, and no activities require the use of electronics (the farm doesn’t even accept credit cards for camp registration, a testament to Miss Sally’s stance on keeping the camp technology-free.)

“I like to keep things old-timey and give kids ways to have down-to earth fun like I had growing up,” Martin says. “I keep it unstructured, kind of like organized chaos, which is how it’s supposed to be with children. We offer kids choices out here in the country setting without a whole lot of rules — just enough to keep things safe.”

During camp season, which now includes summers as well as fall and spring break camps, the farm’s two school buses pick up campers at four stops throughout Wilmington (one of Martin’s golden retrievers is oftentimes along for the ride, much to the delight of the campers as they board the bus). Upon arrival, each morning begins with an assembly on the benches under the pecan tree, where campers gather to discuss the day’s activities, hear a few jokes and join in on a camp song.

From there, campers break off into groups, and those who want to can feed the chickens, goats and donkeys, collect eggs or play with the rabbits. Others might opt to play a game of dodgeball or tetherball, or take a turn on the rope swings. Depending on the day of the week, activities include rotating sessions of horseback riding, swimming and kayaking in the lake, archery, tennis, nature trail walks and tractor rides to the creek and waterfall. After lunch, campers can choose to swim again, play ball games or participate in arts and crafts. Camp culminates each Friday with a rodeo, complete with contests in bubble gum blowing, hula hooping, chicken catching, sack racing, art and BB guns (for the older kids). No day would be complete without a sweet treat of ice cream cones or a slice of watermelon served tractor-side.

The farm camp runs smoothly thanks to a team of counselors and junior counselors who attended camp themselves as kids. Farm Manager Josh Williams has spent the last 24 years at the farm, starting with his first camp experience when he was 11. He considers Martin to be much more than just his boss and the farm to be his second home. 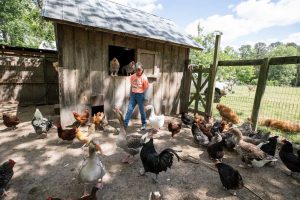 “This farm means the world to me,” Williams says. “Miss Sally is my family, my hero, my everything. And she’s been that for so many other people too.”

Wilmington theater arts teacher Hilary People first attended Ashton Farm Summer Day Camp in 1982 at the age of 4. Almost 40 years later, she continues to spend her summers there as a counselor, and she believes that what makes camp so special is how it exposes children to the joys of simple, unplugged farm fun.

“It is the authentic farm life that makes Ashton Farm awesome, and it’s unique because of Miss Sally and what she wants the kids to learn and do,” People says. “She is a kindred, hilarious and giving spirit.”

At 73 years old, Martin shows no signs of slowing down, and her camp continues to draw more and more children each year. Ashton Farm does not do any advertising, and all campers come either through word of mouth, as repeat campers, or as the children of parents who themselves attended camp during their childhood. These second generations of both campers and counselors are truly remarkable, especially in a time when the Cape Fear region is brimming with a variety of summer camp options for area youth. However, as many choices as there are out there, from science to sports to arts camps and everything in between, there’s still nothing that compares to Ashton Farm’s old-fashioned, timeless appeal.

“When I take kids back to the creek and to see the waterfall when it’s flowing, I realize it still doesn’t take much to entertain kids that haven’t been exposed to natural things,” Martin says. “It’s so important for me to let kids experience the things I did when I was little that were so much fun and such a big part of my childhood. When I talk to kids who have come here before, and they tell me how great their memories of coming here are, that’s what’s so important to me, that they are making those memories.” 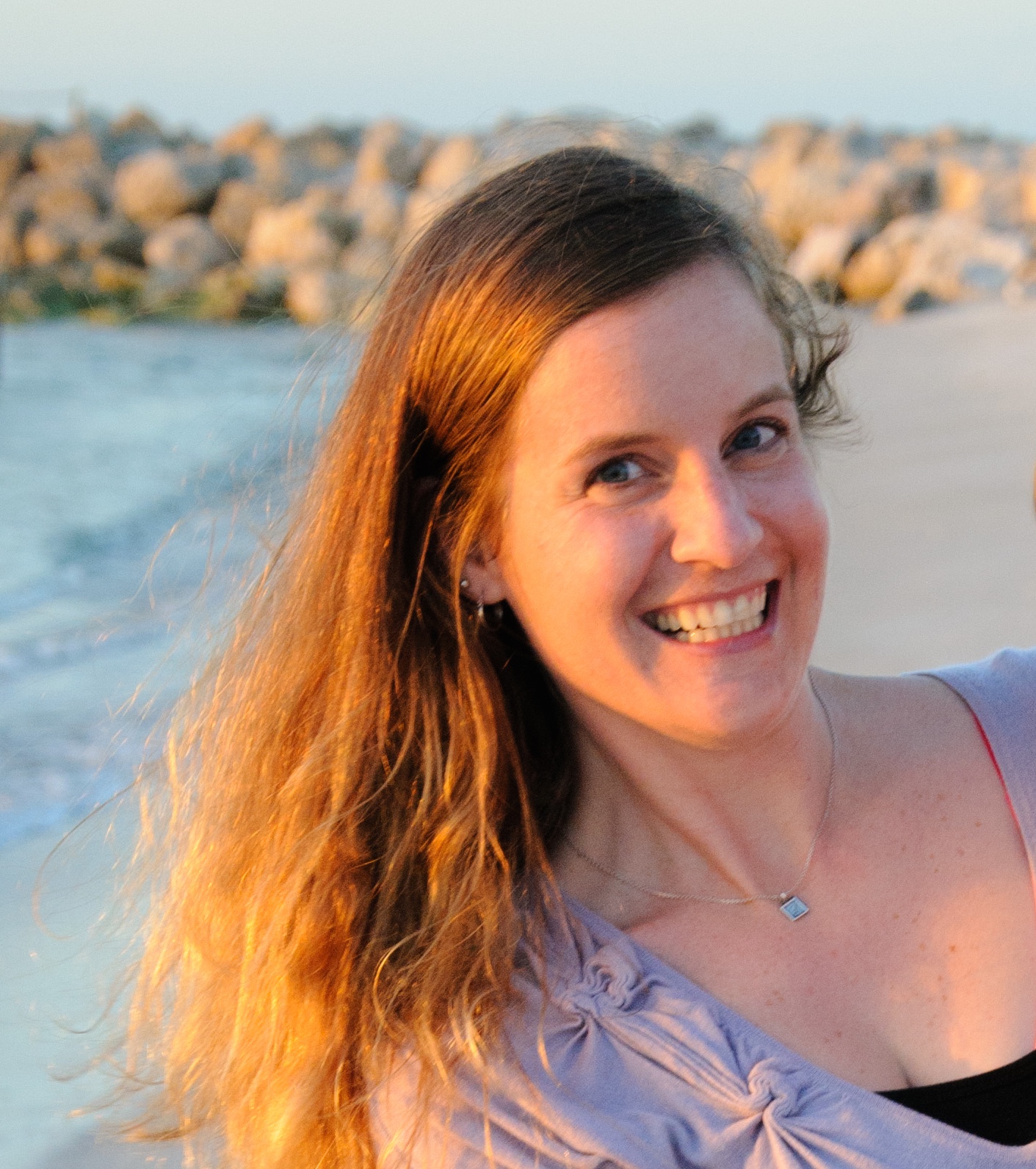