Socializing with an elderly neighbor benefits everyone involved.

You can’t pick your neighbors. Who you live beside is a random happenstance that you cannot imagine or control. All you can do is consider the inhabitants of the dwellings immediately around your house as extremely close community representatives who deserve peace, quiet and only brief snippets of interaction. I get tired of us, surely they will too, so I try to honor the buffers.

We live in Olde Point in Hampstead and didn’t know our “neighbors to the left” until Hurricane Florence spun through and redid the landscaping. Dividing hedges were flattened, tree barriers were uprooted. Suddenly, our mysterious elderly neighbors were visible through the gaps in the vegetation as they surveyed their busted lot and wondered where to start, just like we were doing. 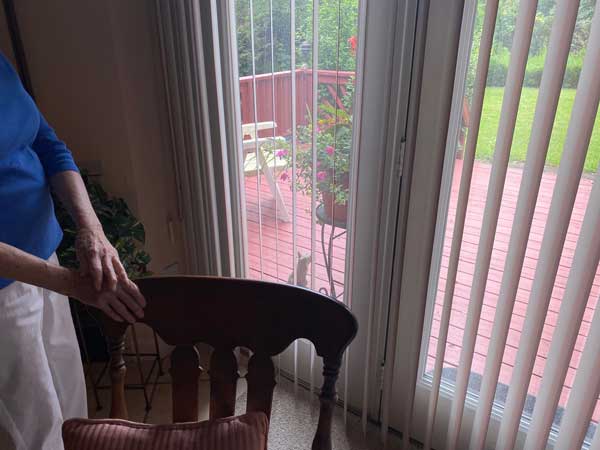 When we first met them, Gus and Cece Carney (pseudonyms) were in their late 80s. It was mainly Cece, the charming wife and whip-smart former teacher, who would appear at the edge of their yard, and we’d discuss how best to rebuild the barrier that had helped keep us strangers until now, even as we stood there talking like old friends. Gus sightings were not as common. He had heart troubles that kept him inside and sedentary. But Cece was an outstanding ambassador for their family, and we exchanged numbers in case anyone ever needed anything.

Over two years went by and both households went about their business, endured COVID lockdowns, and the passing of time made its incremental tweaks to our lives. This past spring, Gus needed to be taken away by ambulance twice and seeing an emergency vehicle parked outside our neighbor’s house was a jarring omen. Gus passed away in March due to complications of congestive heart failure, leaving Cece a 93-year-old widow in charge of that big property.

The transition from giving privacy to providing companionship is a tricky thing to do on a short timeline, and the first few times I checked on Cece felt like intrusions.

But I had seen my own grandfather sit in a quiet house for those years after my grandmother died and knew how much he enjoyed a visit, phone call or any break from his new and lonely domestic routine.

Cece is the consummate hostess and is more interested in what she can give me rather than what I’m trying to give her. Magazines and puzzle books, DVDs, a weather radio, an ornate chest, the last weeks of her Star-News subscription – it’s hard to drop by and come back home empty-handed. 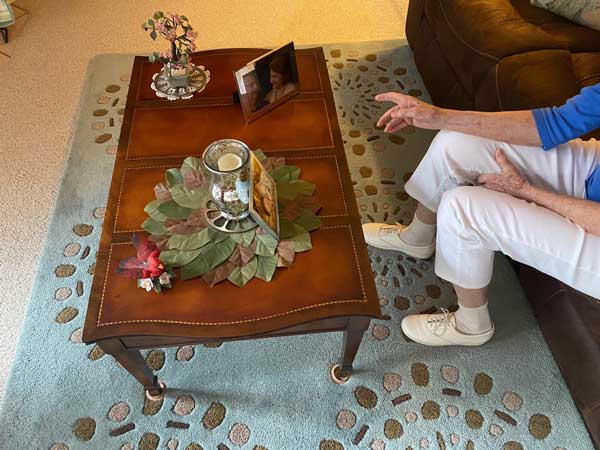 On an earlier visit, Cece mentioned that she didn’t need her stereo anymore and that playing it was something that “Gus did.” I looked at the equipment and promised to help her sell it. Over the following days, it occurred to me that maybe what she needed was someone to show her how to use it, not take it away.

I returned and was able to get sound from the main speakers and showed her which buttons and knobs to press, and she marked them with strips of masking tape so she could remember. We went through her CDs, found her favorites and loaded up the five-disc changer with The Phantom of the Opera, The Nutcracker, and Rachmaninoff piano concertos. In the coming days I will go back and switch them out for some other selections to freshen things up, and it makes me happy to imagine that her private activities now have a fitting soundtrack.

Serving others and socializing is a great way to get out of your own head, and all of the mental-health experts recommend it.

Focusing on someone else’s challenges has a way of making your own feel less daunting, and these months that I’ve spent working from home and isolated has surely impacted my own mental health. I’ve probably needed these visits as much as Cece.

Maybe everyone should connect with their neighbors, and not just the elderly ones. The youngest and seemingly most happy families have their own secret burdens, and your kindness may be just the song one of them needs today. 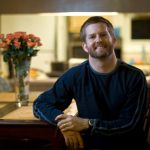 I am a previous winner of the Piccolo Spoleto Fiction Open, two-time winner of the SC Fiction Project and former editorial director of Men, Ink. I was also a Cape Fear Dad columnist for the Wilmington Star-News. I live in Hampstead with my wife and two children.