If Barry Hunter and his wife, Cheryl Crane Hunter, had any idea that COVID-19 would bring the economy to a screeching halt in March, they may have thought twice about purchasing an existing business called Surf City Shuttle. But while others owners might have reacted negatively to being impacted by the public health crisis before they event got their business off the ground, the Hunters are more optimistic.

Surf City Shuttle originally opened for business in 2019 and ran from Memorial Day through Labor Day. The hop-on, hop-off service provides safe, clean, affordable, convenient and comfortable transportation across two routes with three dozen stops throughout Surf City, connecting the mainland with its beautiful barrier island beach. When owners Devon Shirley and Michele Kosinski, year-round residents of Surf City, decided to sell the business, Hunter, who had been one of their drivers, was interested. 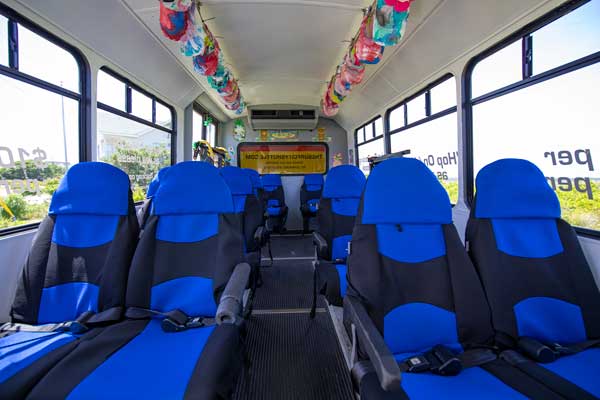 “We bought the business on March 12, and then things took a turn for the worse,” Hunter says. “I have two nice and clean shuttles sitting in my driveway.”

But Hunter and his wife are not discouraged and are making plans to be ready when the economy and the beaches fully reopen.
The idea to purchase Surf City Shuttle was a way for the couple to plan for their future. Hunter owns his own home-maintenance and repair business, and though he is still a healthy 57-year-old, he has worked in construction his entire life and admits “my body is telling me to slow down.” The shuttle business is a way to slowly transition from one career to the next.

A veteran of the United States Air Force, Hunter is not new to the transportation industry — at least when it comes to large vehicles. When he was in the service, he was a bomb loader and a heavy equipment operator. He also worked with Continental Airlines and as a delivery driver for Lowe’s. 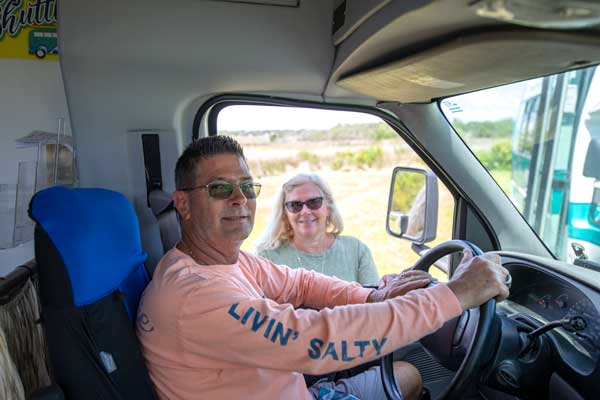 When the Hunters purchased the business, the turn-key operation included the two 15-passenger shuttles. As a part-time driver for the previous business owners, Hunter’s entrepreneurial experience allowed him to see that the routes were not being fully optimized.

“Sometimes I would only pick up three people in a six- or eight-hour period,” he says. “Now, I’ll be setting new schedules to make sure when the shuttles are running, they are picking people up and dropping them off. It’s supply and demand.”

It is the original business idea of transporting residents and visitors to and from the area’s restaurants and bars for a safe evening out that is still Surf City Shuttle’s signature service. For this reason, Hunter will have extended shuttle service times until midnight and perhaps until closing on weekend evenings.

In addition to the hop-on, hop-off service routes, the Hunters have visions of extra services and private event shuttles.
Crane Hunter, an artist and art educator, is also the owner of Paint with Me, which offers private and group painting parties in her home gallery. The couple plans to connect the two businesses by facilitating shuttle pickup and drop-off services for the painters.

“This is an opportunity for people to be creative, enjoy some wine while they are painting and not have to worry about getting home safely,” Crane Hunter says.

Visitors to the area also enjoy the rich history of the island, which the Hunters see as an opportunity for shuttle tours to sites like the Operation Bumblebee Towers and a stop at the Missiles & More Museum for even more local military history.

“Those types of runs could be done during the morning or afternoon hours so it wouldn’t cut into the nightlife services,” Hunter says. “There would be dedicated schedules so riders will know exactly when they take place and can plan their visits.”

Another vision for Surf City Shuttle is special events transportation, including shuttling wedding parties to and from ceremonies and receptions, and private party trips to events like the Azalea Festival and concerts at Greenfield Lake Amphitheater.

Armed with an optimistic vision of where they want to take Surf City Shuttle, Hunter says “the sky is the limit!”

Want to hop on?

Visit Surf City Shuttle’s Facebook page @surfcityshuttle for route information, passes and pick up times.
Visit the Paint with Me website at paintwithmenc.com for information on painting party schedules. 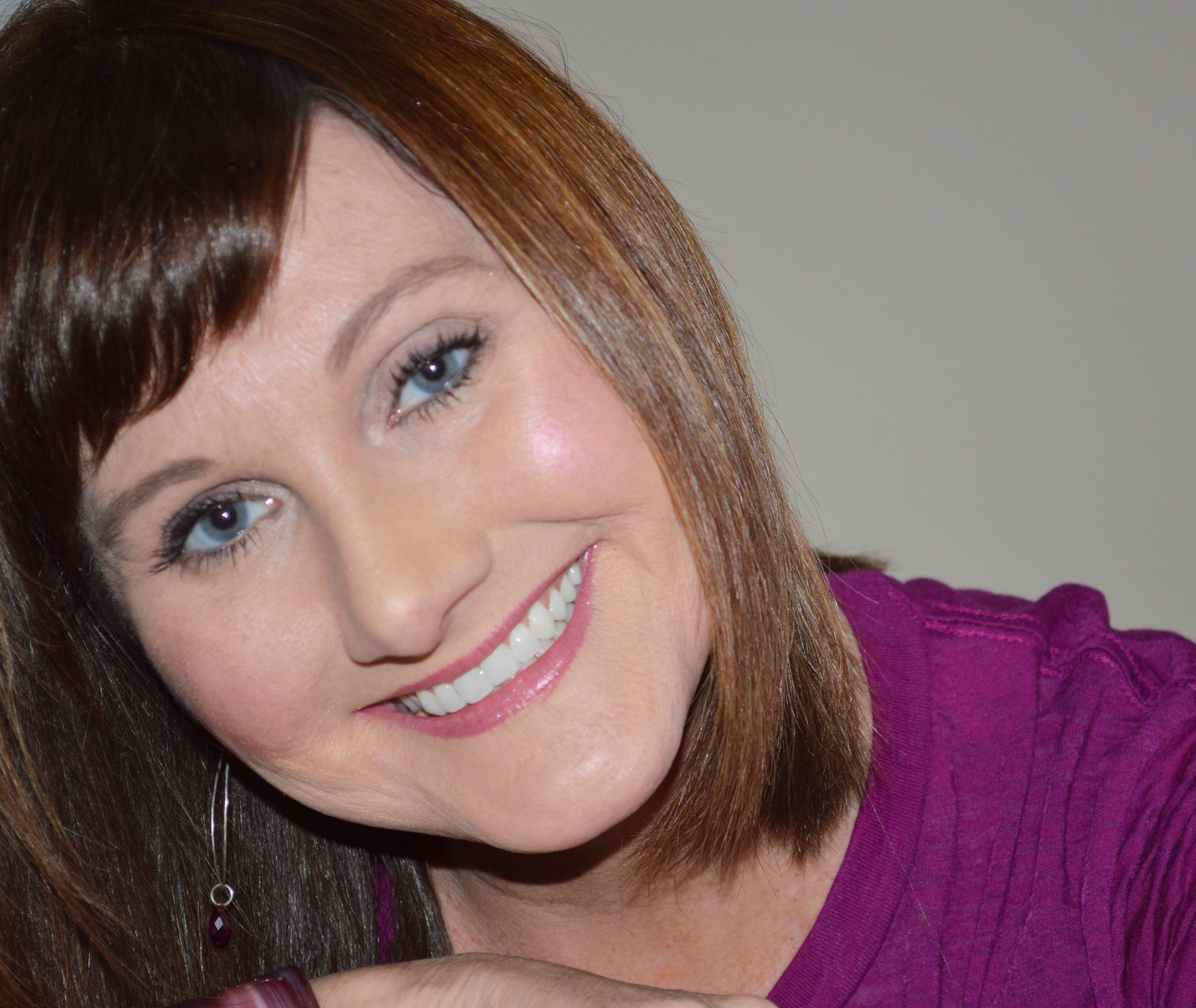