An exciting new addition to the Topsail area as of November 2020 is Low Tide Steakhouse and Sandbar, an authentic steakhouse with all grilled meats. Owned and operated by two couples, Trey and Kristen Cummings and Sal and Jeri Soutos, it’s a full-service restaurant specializing in prime or better steaks, including hand-cut rib eyes, bacon-wrapped filets and NY strips. They also serve seafood, chicken, hand-ground burgers, quesadillas and wings, and one of their specialties is the fresh salad bar with more than 26 items. The restaurant has a full bar, including an extensive bourbon selection and N.C. draft beers. 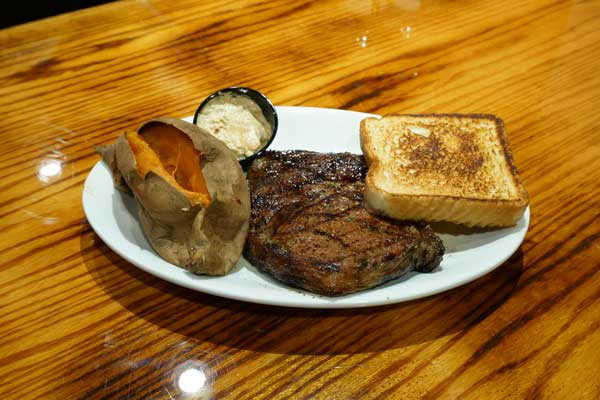 The name Low Tide is drawn from Topsail Island history. In researching the area, Sal found that prior to World War II, when Topsail Island was only accessible by boat, the mainland residents frequently traveled to the island to picnic on the shores of the Atlantic. He also discovered that local farmers drove livestock across the waterways at low tide to graze on wild beach grass.

“We figured it was a wonderful way to pay homage to our local history and tie in our cuisine,” Sal says.
The owners of Low Tide are new to Topsail Island. The Cummings, who have been in the restaurant business since 2003 and have owned their own restaurant in North Carolina since 2006, decided in 2020 that it was time for a change. After Kristen was diagnosed with breast cancer in February 2020 and their other restaurant was doing take-out only because of COVID, they decided to fulfill their dream of opening a steakhouse in Surf City, where they loved to vacation. They put their house on the market and said, “God has a plan! If it sells, we move, if it doesn’t, we stay.” The house sold in August 2020. Trey stayed up late one night convincing their friends Jeri and Sal to go into business them, and they agreed!

The Soutos had been living in Surf City permanently since 2019.

Jeri grew up in the little town of Walnut Cove, North Carolina, where her parents own a small eclectic restaurant named Sam’s Pizza. Sal, originally from New York, had lived in North Carolina most of his life, working in accounting and IT. The family had vacationed in in Surf City since 2005 before moving there full time.

The two families closed on the business in September 2020 and worked on it themselves, along with their kids (Camden, 13, Ryder, 7 in the Cummings family and Elise, 15, and Evan 13, in the Souto family) to open November 2, 2020.

Opening during the off-season and during COVID was nerve-wracking at first, but everything has worked out fine.

“We have been very well received in the community and our expectations have already been exceeded,” Kristen says.

Something that surprises diners is that the chef comes out to take the food order, giving the diner a direct line of communication with the kitchen and ensuring the food is cooked to perfection.

Proud to be a family owned and operated business, Low Tide Steakhouse aims to serve high-quality food while building a team that’s like family and being a positive force in the community.

“We operate very much on a mom-n-pop basis and the people who work at Low Tide are our extended family,” Jeri says. “Thankfully, we have been blessed with some of the most reliable, loyal employees we could ever ask for.”

The entire staff is focused on creating a place where diners feel welcome and comfortable. As Kristen says, “Food brings people together, and we want to be the kind of place where people love coming together, locals and tourists alike!” 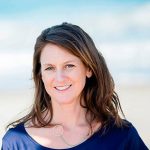 I’m a native North Carolinian who has been pulled toward the water ever since I left my hometown of Burlington at age 18. I graduated from East Carolina University, moved directly to Nags Head and have never considered leaving. I’ve been working as a writer and an editor for the last 25 years, and I’ve worked with North Brunswick Magazine and South Brunswick Magazine since their beginnings. Though I don’t live in Brunswick County, I feel like I really know it editing these publications for the last 10 years. When I’m not working, I am practicing or teaching yoga or doing something outside — running half-marathons, swimming in the ocean, paddleboarding on the sound, gardening with my husband or trying to keep up with my two kids.