Several organizations are working together to ensure that Lea-Hutaff Island remains an undeveloped, pristine habitat for birds and other animal and plant species.

Accessible only by boat, Lea-Hutaff Island offers 5,641-acres of sandy shoreline, beach dunes and tidal marsh. This 4-mile oasis between Topsail and Figure Eight islands is one of the state’s last remaining uninhabited and undeveloped barrier islands.

Lea-Hutaff Island offers a rare and much-needed sanctuary to these birds that are frequently threatened by habitat loss, sea level rise and human disturbance. Because of this, the island has been designated as one of North Carolina’s Important Bird Areas (IBAs) by Audubon North Carolina. 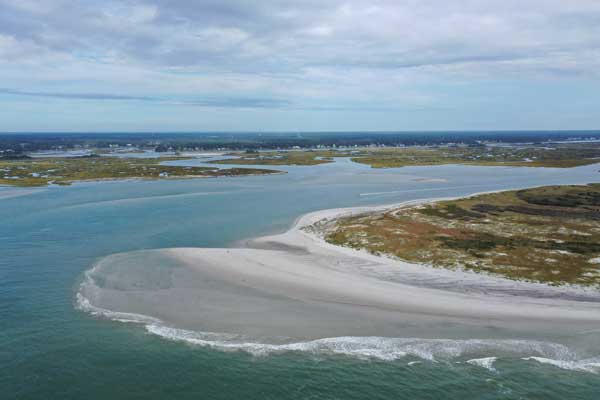 Two Become One
Lea and Hutaff Islands were originally separate land formations divided by Old Topsail Inlet. That changed in 1998 when a storm eradicated the inlet and geographically united the two privately owned properties.

Whereas Hutaff Island remains in the same private family trust, Lea Island has experienced ownership changes and minor development over the years. According to Bert Lea, Jr., his grandparents purchased the island for fishing purposes. Recognizing the allure of the island to others, they erected several small huts and rented them.

Lea remembers his mother sending him over to the island in a jon boat as a young teenager to post notices on the doors of each of the fishing huts.

“It was in the days of squatter’s rights, and my family wanted to make sure we retained the properties,” Lea says. “We charged a dollar per year for use of the huts, and the notices instructed the men to either mail their payments or drop them off at the fish house.” The fish house he’s referencing is the former J. H. Lea & Sons Seafood along U.S. Highway 17 in Hampstead, now Atlantic Seafood.”

The Lea family owned the island until the late 1960s, when Lea’s uncle, who was to eventually inherit the property, died unexpectedly. In order to provide for his children, the family sold the island to a man from Virginia Beach and put the proceeds in a trust fund for the children.

Following the sale, the new owner divided Lea Island into approximately 40 residential lots. Several of the lots sold, but only three landowners ever constructed homes on their properties. Due to the nature of erosion, shifting sand and high winds during storms, all three have since been destroyed, returning the island to its natural habitat. 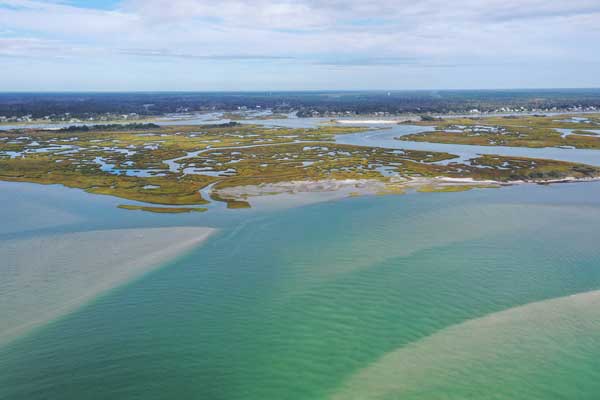 Preservation and Conservation Efforts
North Carolina Coastal Land Trust deems the conservation of Lea-Hutaff Island a priority and over the past several years has begun purchasing private lots whenever owners are willing to sell for fair market value … and whenever they have the funds available.

According to N.C. Coastal Land Trust Director of Land Protection Janice Allen, the bids for public conservation dollars are highly competitive and available funds have diminished from a one-time high of $100 million to only about $10 million currently.

The properties that the Coastal Land Trust has purchased to date have been transferred to the State of North Carolina Parks and Recreation Department to manage as a State Nature Area. This differs from a State Park in several ways, including that no public amenities such as picnic shelters or restrooms are provided.

Audubon North Carolina also actively participates in the conservation of the island. Their biologists and volunteers seek to provide a safe place for the birds to raise their young, weather the winter and refuel during migration. Toward that effort, they post signs during the spring and summer nesting seasons to alert visitors of sensitive habitat areas, monitor bird populations and help protect sea turtle nests. They also monitor plant life such as the endangered seabeach amaranth and the invasive beach vitex.

“Audubon plans to work hard to make sure the island remains an undeveloped, pristine habitat,” says Ben Graham, communications manager of Audubon North Carolina’s Wilmington office. “That said, barrier islands are not supposed to be static; dunes and shorelines move. It will still be a wonderful barrier island 10 years from now, but it won’t look exactly the same. And that’s how it’s supposed to be.”

If you don’t own your own boat, Tuck’s Water Shuttle on Topsail Island offers transportation to and from Lea-Hutaff. For hours and pricing information, call (910) 616-7106.


Ways You Can Help if You Visit 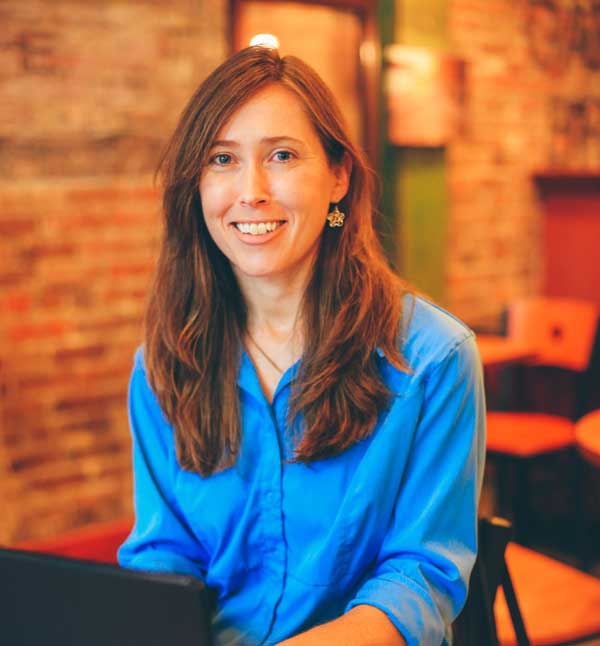